Osteopathy is an established, recognised system of diagnosis and treatment that lays its main emphasis on the structural integrity of the body

In other words osteopathy believes that symptoms often stem from abnormalities in the functional componemts of the body. These abnormalities can be corrected through osteopathic treatment, thus relieving the distress and discomfort

How does it work?

An osteopath looks at the body as a whole, not just the area that is producing symptoms; so every patient is assessed from a mechanical, functional and postural standpoint

A treatment plan is then individually tailored to suit each patient's particular requirements. Each treatment consists of a series of manual adjustments (or corrections), employing a variety of osteopathic techniques that effect both the skeletal and connective tissues

When you visit us for the first time a full case history, including a medical history will be taken

You will receive a treatment consisting of a series of manual movements and pressures. We will explain exactly what we are doing and why. You will be actively encouraged to ask as many questions as you want

What can Osteopathy help?

Patients typically attend with a variety of aches and pains some of which are acute in nature. Osteopathy does not treat conditions but rather the individual as it attempts to raise the bodyâs own inherent ability to heal and recover 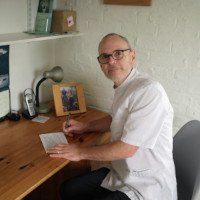 Phone: 01403 272788
Website: horsham-osteopaths.co.uk
Alexander qualified in 1989 and initially practiced in Brighton and London before setting up Horsham Osteopaths with Henry Lee in 1992. They originally worked in Piries Place, Horsham, before establishing The New Street Clinic in 1999

Alexander also worked for a number of years for the Maidstone College of Osteopathy as a clinic tutor, teaching students osteopathic techniques and supervising the student clinic. He spent 10 years as the Treasurer of The Institute of Classical Osteopathy

He is married with three children and plays the ukulele in his spare time. 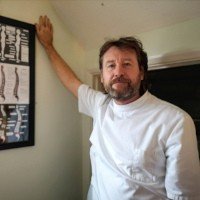 Phone: 01403 272788
Website: horsham-osteopaths.co.uk
After qualifying in 1990, Henry set up Horsham Osteopaths with Alexander in Piries Place, Horsham, before establishing The New Street Clinic in 1999

Henry lives in the Surrey Hills and is married with three children and continues to play cricket very badly!